Improving The Game Thread By Thread

Sustainability Shake up at Lockerstash

Lockerstash is renowned for its work within the grassroots community, particularly grassroots rugby. However, the team has chosen to decide to look to improve more than just scorelines.From 2021 onward, Lockerstash looks to be one of the first ever sustainable sportswear charities, spreading themselves across all grassroots sport to save and educate clubs, charities, sports manufacturers and schools about environmental  issues surrounding producing new sportswear and sports equipment. On top of this we will be looking to enagage teams in signing the 2021 Lockerstash Sustainability Acknowledgement agreement, getting teams to work alongside us to combat the problem as a whole and helping them offset their own environmental issues. We look forward to the future and bringing knowledge and awareness to thousands of people whilst prompting action and supporting the grassroots community  ultimately to achieve our existing goals on a much larger level. 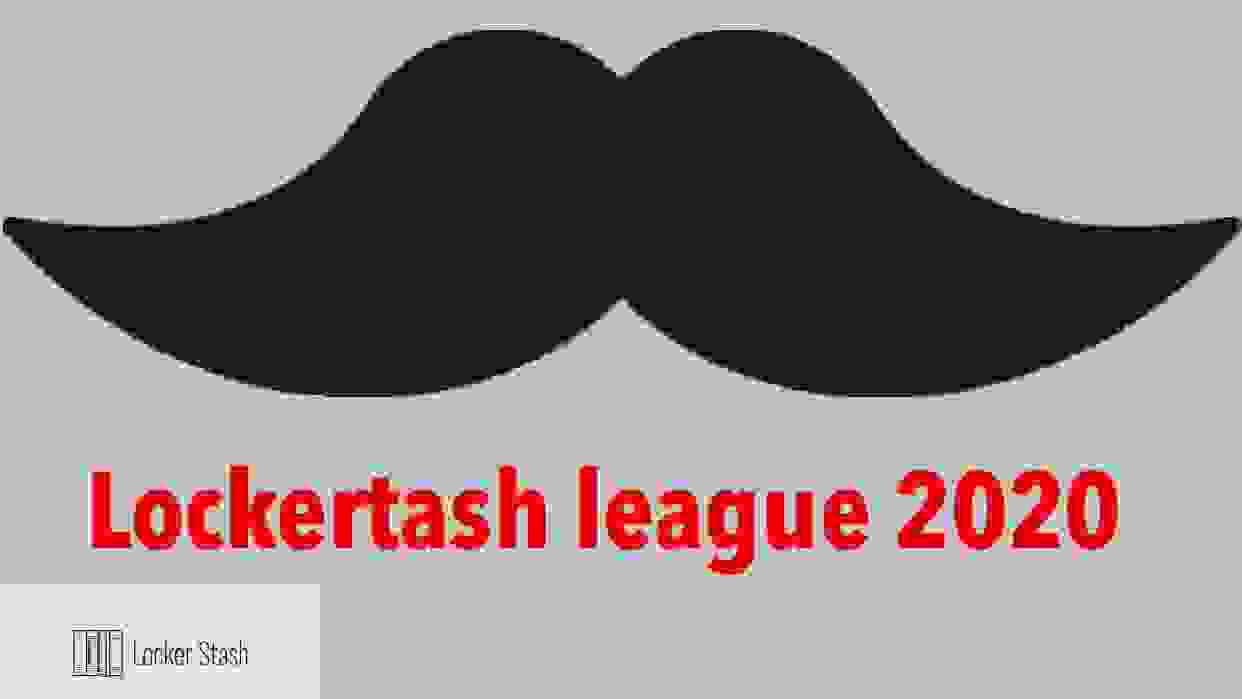 Globally a man takes his life every minute of every day. In 2018, in the uk alone, 6859 men took their own lives in a single year (Samaritans,2019.). More alarmingly 1 in 8 men in the UK suffer from a undiagnosed mental health problem which they will not talk about in the course of their life.

At Lockerstash we are determined to change that so this year we are hosting Lockertash. Without any competitive rugby for grassroots, we thought it necessary to create our own  challenge for the rugby community. The task is simple sign your team up with Lockertash league 2020 all your teammates will get the opportunity to purchase bespoke lockertash 2020 tees needed to promote the challenge, which as well having club colours and badging will promote a strong message and statement about your pledge to the Movember challenge, and 30% going back to mental health charities. These tees are amazing for warm ups pre game and training throughout the month and beyond.

After that the aim is simple. The teams will have the amounts raised tracked throughout the month with daily updates to determine their standing in the league table. At the end of the month the team will the most money raised will be crowned Lockertash Champions and will receive a free sublimated kit for the 2021/22 season. In addition to this there will be in house man of the matches, the best  Mo voted for by the lockerstash panel will receive a free voucher for the lockerstash website, entry is FREE* and t-shirts will be charged at £19.99 each for a fully bespoke tee or polo delivered to each participating team at the start of November and once again 30% of the proceeds heading straight to mental health charities.

If you want to make a difference to men globally, have friendly competition with teams around the UK, to enter your team contact Hello@lockerstashrugby.co.uk or alternatively message our Facebook or Instagram pages

Go well and help us improve our game and our players thread by thread.

What do we do?

We hold regular ‘stash nights’ at local clubs where we turn up on a training night with some beer and nibbles, at the end of your training session  the players can have a beer and  exchange their unwanted stash for new bits of leisure kit that are branded with your own club emblem (short and long sleeved tees, baseball caps or bucket hats, etc ). It has no cost to the club or the players, all we ask for in exchange is 3 items of good quality unwanted kit (as we resell – no socks allowed!) from each player for each item of leisure wear they’ve pre-ordered.

What do we want to do?

Hold a stash night for you!

We want to work with you and reinvest back into grassroots rugby.

Several local clubs are waiting in the wings for a ‘stash night’; these include Cullompton, Launceston, Chipping Sodbury, ISC and Cardiff Met Women’s.

What are we currently working on?

We are currently working alongside Children's Hospice SW in St Austell, providing families attending respite care the opportunity to enjoy and watch games with Plymouth Albion and Cornish Pirates.  Watch this space for updates at the end of January for our first outing.

Working With Homeless Rugby Provides Homeless People the opportunity to have access to kit we donate in large amounts to be posted throughout England, Scotland and wales, giving the homeless community to play rugby without boundaries. Most Recently this has included donating over 4 thousand pounds worth of Bespoke sublimated match kits to the Homeless Rugby international sides who were set to compete this year for a trophy, however despite our best efforts covid intervened,making this physically impossible, however there's no doubt this will go ahead next year.

grassroots rugby players sponsored for the season. The likes of Jon Hill, the head of Tiverton RFC, Southern vipers 7's kit sponsorship, Marjon Rfc  mens and women's £1000 worth of kit sponsorship, Green gazelles vegan 7's sponsorship including bespoke first cap hats. And this year exciting prospects with clubs from national one all the way to Northern premier 3, so we get stuck in.

Prior to Christmas 2019, Max Cardwell was the first to be given a small bursary along with kit, to assist with his rugby journey. As time has gone on we have signed other young ambassadors such as Aneurin Jenkins, Joss pascoe, Jack Carden , Frankie Nowell who we are all looking to support  via specialist coaching  link with Our Amazing new guest exhibitionist Coach Will Cargill.

The Children's hospice southwest has also allowed us the opportunity to take terminally ill  children and the families of bereaved families to Cornish pirates and Plymouth Albion Games  giving them rest bite and an experience few had the option of seeing before.

We want to work with you